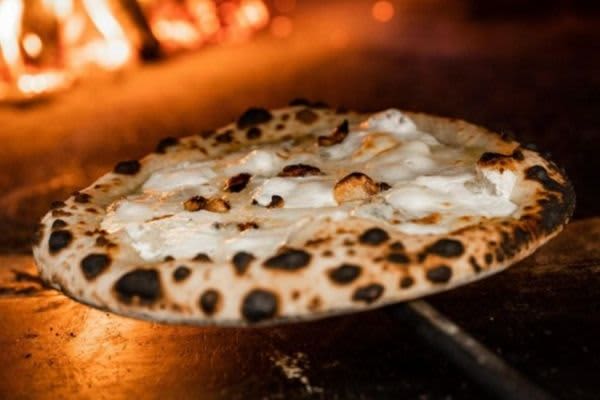 Long Island is a stone’s throw away from the birthplace of modern pizza.

Long Island is a stone’s throw away from the birthplace of modern pizza. Gennaro Lombardi, inspired by the pies of Naples, created the American pie around 1905. Ever since, there’s been a raging debate about where to find the best pie in the city. We’re hesitant to enter that fray, but as far as where to get the best pie on Long Island, here are our top spots.

The Onion Tree doubles as a sophisticated Indian restaurant and a sneakily good pizzeria. It’s operated by a husband and wife team, who have become famous for their traditional and not-so traditional pies. Standouts include the margherita, quattro formaggio, and chicken tikka masala pizzas. The palak paneer pizza consisting of spinach, paneer, tomatoes, ginger and garlic is also terrific.